Security Tokens Do Not Require New Regulations According To Swiss Summit

Sufficient rules are all in place; European Passport opens markets

Legal and industry experts agree that security tokens do not require further European regulation to be issued or sold. This conclusion emerged from a discussion held at the Protos Blockchain Summit in Zurich on January 19th 2019.

Nor is there any regulatory issue still to be resolved, the experts agreed. “I think there is no need for any additional regulation for security token offerings,” explains the founder and CEO of a Hamburg-based blockchain company.

And there are some exciting projects underway which should not raise any regulatory issues, agreed a partner of a London-based law firm. “Clients are asking to register (security tokens) with the German regulator BaFin because this will open the door to the EU passport regime, so that we can distribute our token EU wide legally, and that is indeed a great advantage.”

The partner points to a project initiated by a famous writer who said: “I have a new novel out, and I’d like to finance it via a token”. “So we have a structured product applying the base prospectus regime, and final terms for each TV series production. One can issue another token credit through the listing, and this of course, is good for the film industry, which gets independent funding, through a new innovative transaction structure.”

Why are no new regulations needed? “From the Swiss law perspective, the aim is clear that the law should be able to function in the same manner but just with the new technology, so you can credibly say that a token represents a share or a bond,” comments a partner of a Swiss law firm.

There are, however, still concerns about some details in the regulation that would benefit from an interpretation by Bafin or Swiss regulators, as one participant pointed out. “The only thing is still missing is an interpretation of the regulators. Because clients come to us with questions, we write a memo, and we respond ‘well, that’s a utility, this could be a security.’

And so the borderline is quite difficult to define. And Bafin? Germany needs to make strict rules on what utility token is, and what is a security.  In addition, we need to know how many intermediates are required.”

“BaFin has written an ICO bible, it’s in a cupboard and they’re ready to draw it up, the banking department has already approved it, and it ‘s just stuck in a securities prospectus group now. But depending on the time, it could be out in a few weeks if we’re lucky — the guidance is written.”

There is concern that BaFin is reluctant to take the first swim in such uncharted waters, as it will raise a storm of controversy.

“This is what every European regulator is doing. Everyone is waiting for the other to make the first move,” one participant in the audience pointed out.

What is missing is the relevant European crypto stock exchanges, but these are still being developed.

“I was approached by some friends of mine in the ‘old’ world that we should set up a stock exchange that is able to handle security tokens and issue them, and do so on a licensed exchange (which is different from what we are used to with crypto exchanges),” adds the founder, of a Switzerland-based exchange.

There is an urgent need for this kind of infrastructure. “I’m pretty sure that the infrastructure’s missing for the players that are in traditional markets, a lot of institutional money. If you talk to institutional investors, hedge fund guys, they aren’t very happy with the UX or the security layer (on existing exchanges). What is missing, in my view, is the same infrastructure and experience for crypto assets as for traditional securities.”

What emerges as well from this discussion is that security tokens have reached the mainstream in the securities industry – this is no longer a discussion about some new technology; rather, industry participants see the advent of security tokens as a major funding source for startup companies as already accomplished. 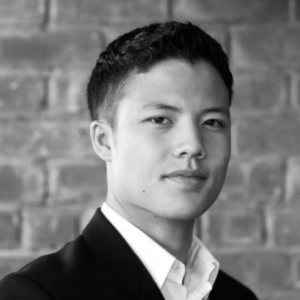 Investment analyst with a background in venture capital and financial services, and previously Head of ICO at $550m fund SOSV.
Previous Post
Next Post
perm_identity

Find out more or adjust your settings.

This website uses cookies so that we can provide you with the best user experience possible. Cookie information is stored in your browser and performs functions such as recognising you when you return to our website and helping our team to understand which sections of the website you find most interesting and useful.